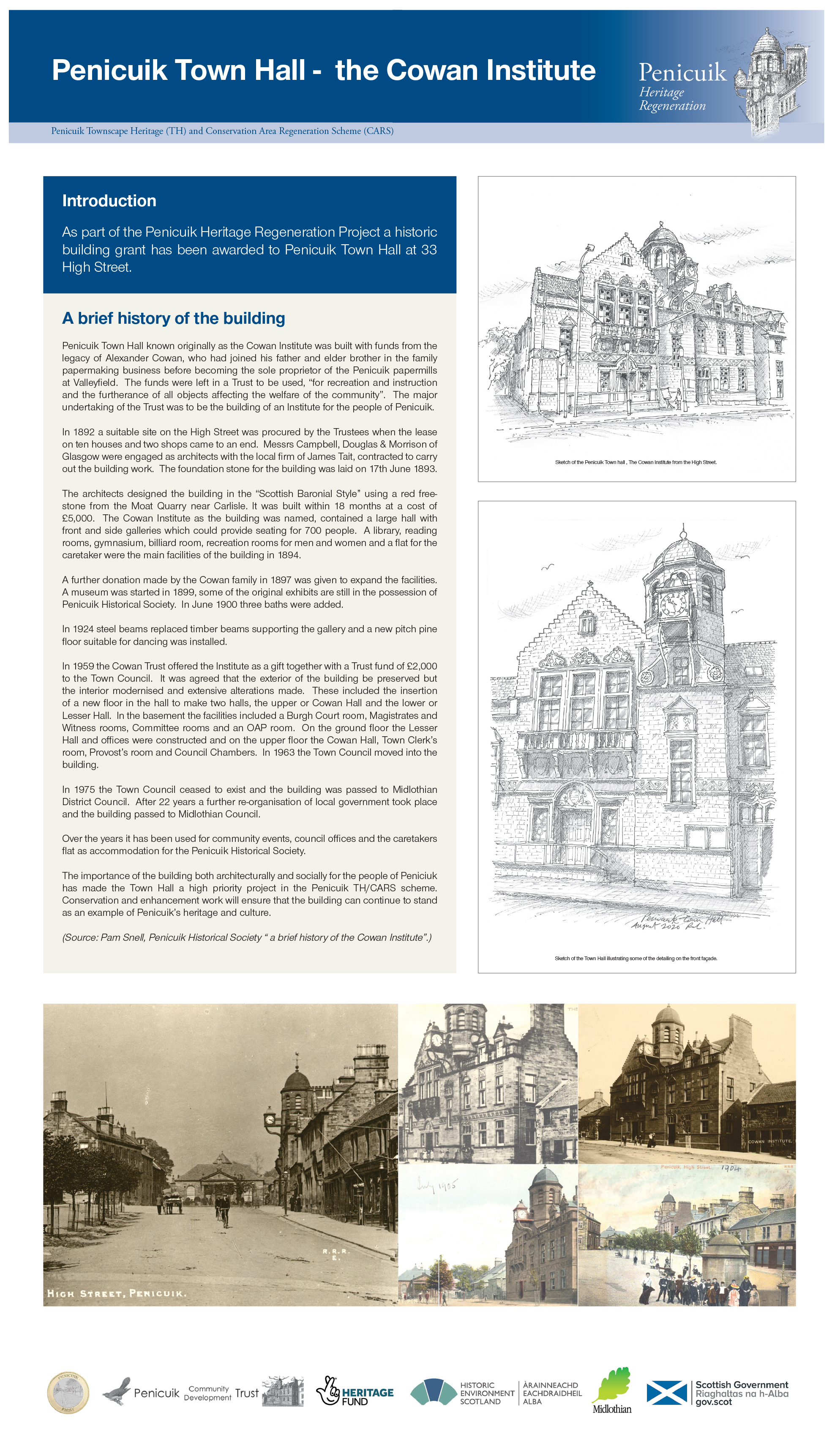 Improvement work to historic Penicuik Town Hall is to be funded by grants of £601,180 from the Scottish Government Town Centre Capital Fund and £106,233 from the Penicuik Heritage Regeneration Project.

The funding will be used to restore the exterior of the building and to install a new energy efficient heating system and Wi-Fi throughout the community facility.

The work, which is due to start during October this year will include enhancement of the stonework and roof, and include mortar repointing and restoring architectural details and rainwater pipes.

Solar panels will be fitted on the rear roofs of the Town Hall to supply renewable energy, and a new combined heat and power plant will replace the existing boilers. Work has been carried out to provide Wi-Fi coverage to meet user needs.

Recognised as an important historic building, prominently located in the High Street, Penicuik Town Hall was originally known as the Cowan Institute. It was built with funds provided by Alexander Cowan, one of the founders of Alexander Cowan & Son, papermakers of Penicuik.  The foundation stone for the building was laid in 1893.

Campbell, Douglas & Morrison of Glasgow were engaged as architects, with local firm James Tait contracted to carry out the work. The building is designed in the Scottish Baronial Style, using a red free-stone from the Moat Quarry near Carlisle.  It was built in 18 months at a cost of £5,000. The Town Hall has been used by the community over the years,with internal alterations made when it became the main office of Penicuik Town Council in the late 1950’s. In 1975 the Town Council ceased to exist and the building was passed to Midlothian District Council and,at local government reorganisation 22 years later, to Midlothian Council.

An exhibition showing the above panels will be displayed in Penicuik , in the shopfront windows of 6-10 High Street