New lettering on the front of the Town Hall 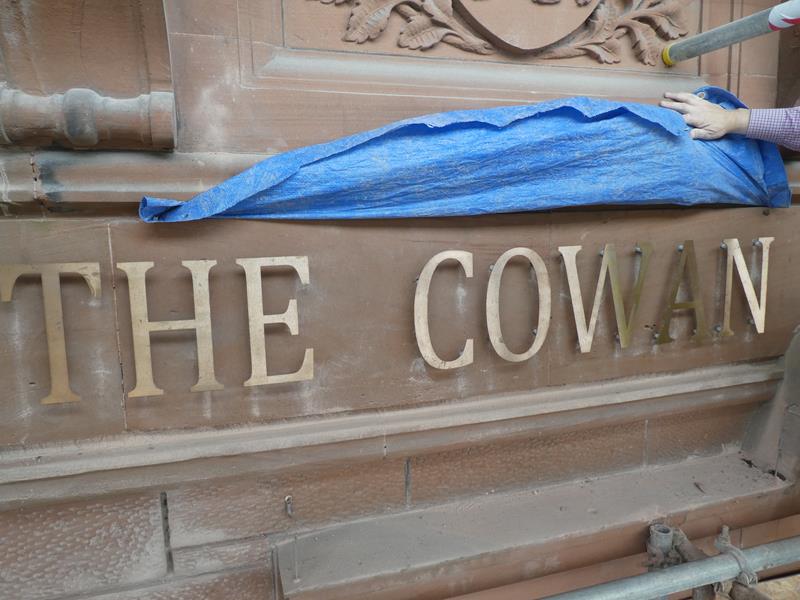 Alexander Cowan the founder of the paper mills at Valleyfield in Penicuik provided the funds to erect “The Cowan Institute” for the benefit of the people of Penicuik . The architect was Campbell, Douglas and Morrison from Glasgow and the building was completed in 1894