Penicuik and the Napoleonic Prisoners of War 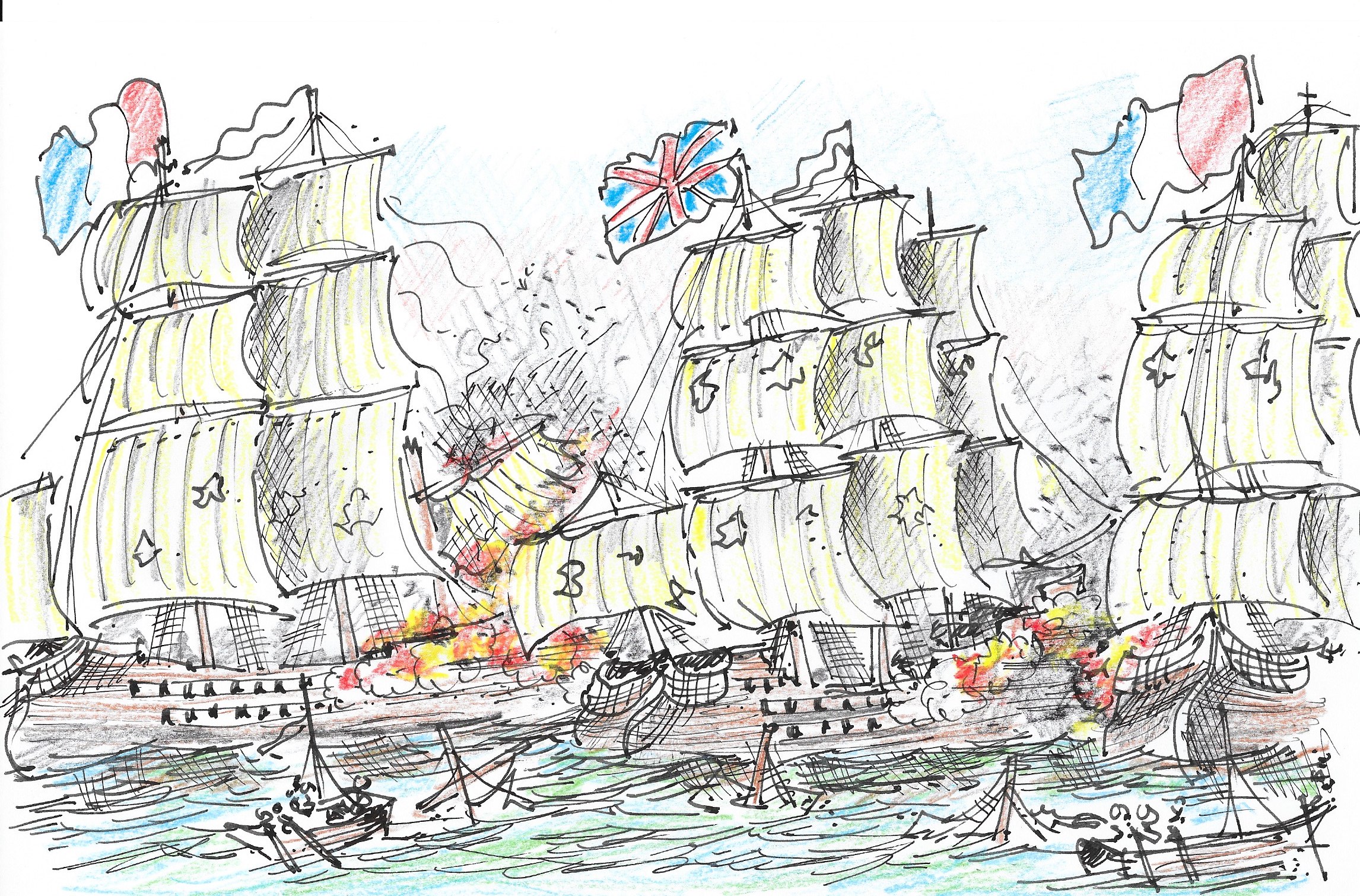 As part of the project’s community engagement and training plan we have started working with Queen Margaret’s University drama students to create a drama based on the French prisoners of war at Penicuik .

Due to the current situation this is now postponed but we are still working on possible stories that could be part of the drama production.

The attached cartoons illustrate some of the elements of the story:

A naval battle between the French and British Men of War , see sketch above .

The forced march of French prisoners from Edinburgh to Penicuik

French prisoners fall through a collasped floor due to overcrowding in Glencorse barracks :