Penicuik Launch was a success 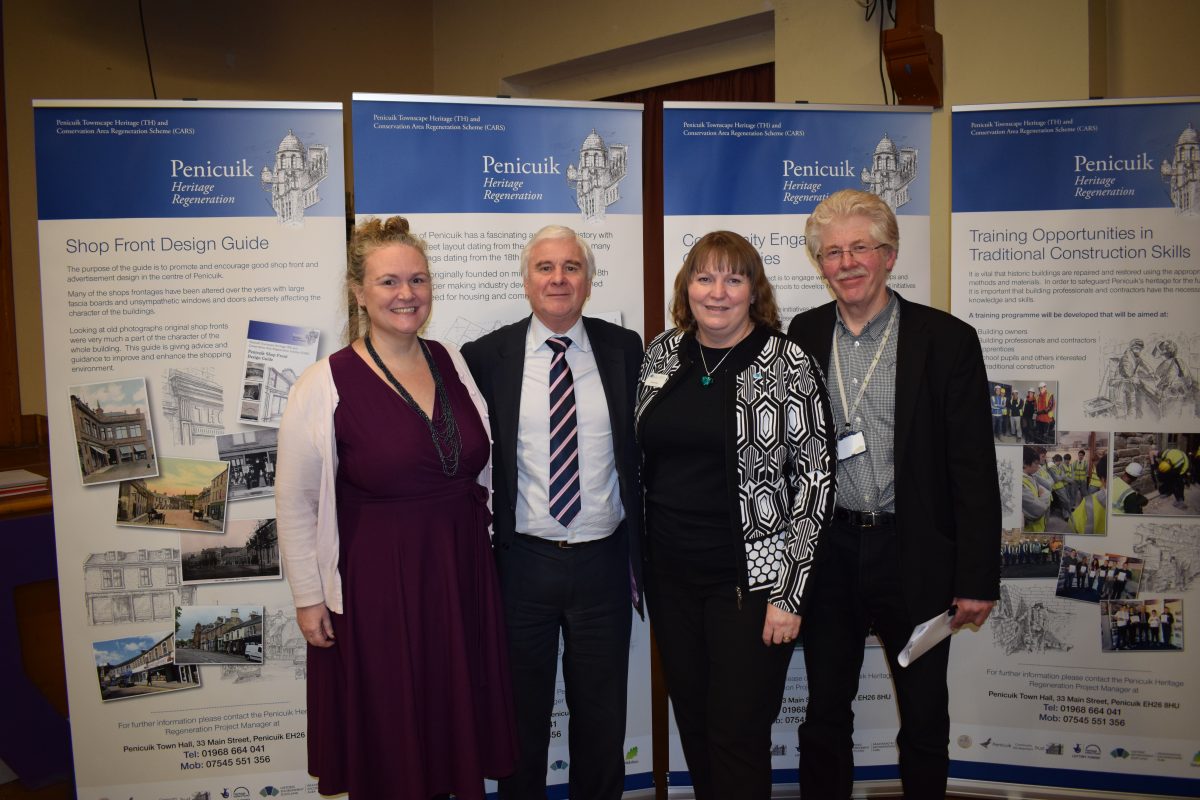 The launch was arranged to promote and publicise the scheme to local residents and businesses and to make the point that the project was now up and running and open for grant applications.It was agreed by the Project Team that the official launch would take place on the 4th December 2018 with exhibitions and events taking place to coincide with the Penicuik Christmas Fair (see attached programme).The programme was advertised widely, and letters were sent to all the owners of buildings in the regeneration area that are eligible for grant assistance 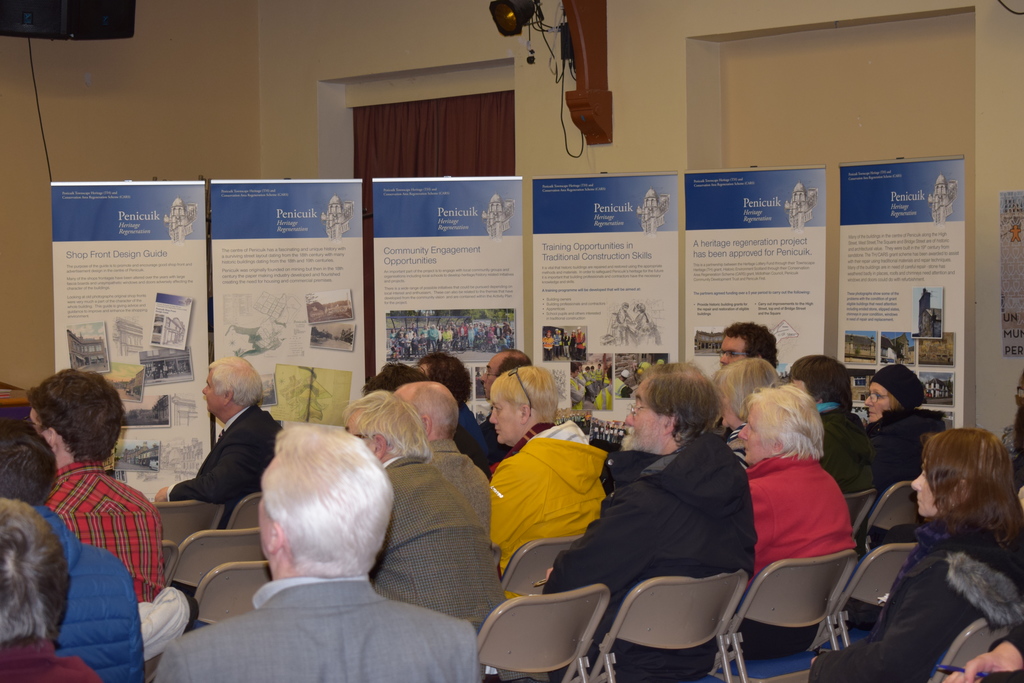 The launch on the 4th December was attended by approximately 70 people. Introductions and welcome were given by Councillors Russell Imrie and Debbie McCall from Midlothian Council and Donella Steel from Historic Environment Scotland.Rod then did a presentation about the regeneration projects and showed some slides about the Neighbourhood plan in Tommy’s absence. Graham Ross from Austin smith Lord then presented the “Town Hall for All” initiative.The Penicuik Historical Society put together an exhibition which provided an interesting backdrop to the event together with the regeneration exhibition.The Penicuik Heritage Regeneration Packs were handed out to all who attended.Feedback from the evening suggests that it was well received.The exhibition remained in the Town hall until Friday 7th December and people were able to drop in from 10am to 5pm to talk to the Regeneration Project Officer and members of the Penicuik Historical Society (PHS). In the evening the Society gave a talk about the history of Penicuik to an audience of approximately 25 people.On Thursday 5th December the exhibition remained in the Cowan Room and approximately 30 people attended during the day.On Friday 7th December a seminar/talk was held on traditional construction skills. Approximately 20 people attended and received information about building repair and maintenance from a number of architects and building professionals who attended to give their advice. In the evening 7 people took part in a paper making workshop in the Penicuik Press building.On Saturday 8th December in the evening the regeneration exhibition and Town Hall for All information was available at Penicuik Community Development Trust’s Christmas drop in session in the Lesser Hall. Approximately 60 people attended and were given information about the project and were encouraged to compete post it notes with ideas for the future of the Town Hall and sign up to be a member of the Town Hall Steering Group to discuss the future of the building

Overall the launch was a success and will provide a sound basis on which now to develop the scheme and follow up the contacts that have been made. 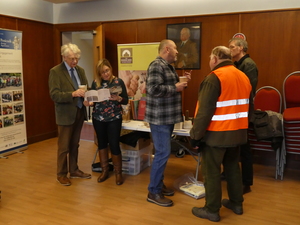 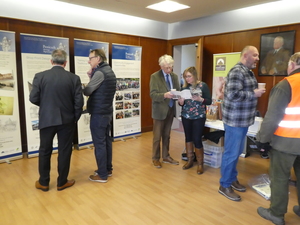 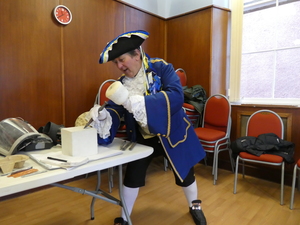 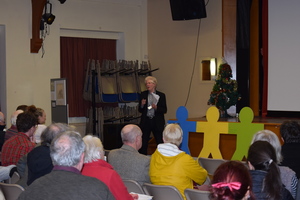 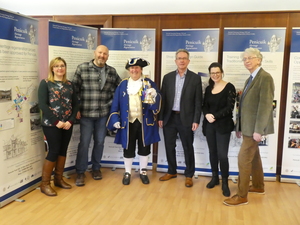 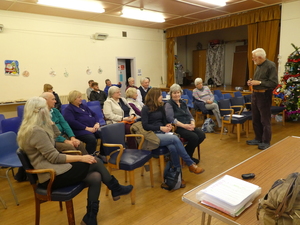